Just finished the books (Monday 3/21).  Can’t get them out of my head.
Then I found out that one of my favorite songs on someone else’s playlist was from Twilight… hadn’t ever paid attention to that before.

I’m Team Edward and, though I’ve never been attracted to Rob Pattinson before (outside of a random interview), I find him delicious after reading Edward and having him as the picture in my head.
I haven’t seen the movies (but I will soon)… but the description of Edward in the books and the previews for the movies that I have seen makes it hard to separate the two. 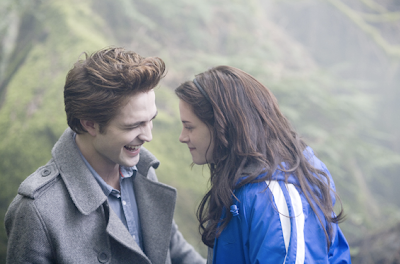 (http://twilightsource.com/tsgallery/?level=picture&id=298)
Though I did think he was “cute” as Cedric Diggory… 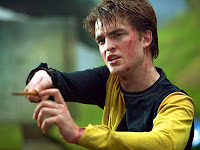 Then, I found out that RP sings.  Sorry to torture you, but I’ve added his songs to my playlist.
The first two are the same song, but by different names.  I love it enough that I hate for it to end.  Now at least, it can play twice back to back for me.  (And I can loop it on my itunes and listen to it over and over again).  Wish I’d had the song to play in the background as I read.
I never got the whole Twilight mania until I read the books.  Amazing what books can do for you, isn’t it?  They just transport you to another time and place.

Real or Not Real?
(I’m seriously thinking about getting that as a tattoo, but not what is pictured here … just the words…) 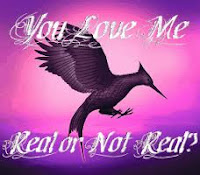 Recently, I’ve been in England learning magic and fighting an evil, evil sorcerer… 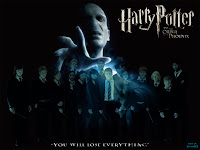 and just this past week I’ve been in the Northwest U.S. (with side trips to Italy and the Caribbean) living with Vampires and trying not to love a Werewolf.  Oh – how I get wrapped up in what I’m reading!!!  I can imagine I’m right there with the characters!

I love reading.  But I will be taking a much necessary break for the rest of this week before picking up another book.  I need to sleep normal hours and focus on doing the stuff that needs to be done (like laundry, dishes, and packing up the years worth of too-small Ella-clothes burying the guest bed).

I’ll miss Cullens…we’ll start over again some day.  I’ll see you soon on my t.v depending on how patient I can be before I start watching the movies…and when they start arriving in my mail from Netflix…

March 14, 2011 ~ Evelyn Louise ~ Leave a comment
We had a great weekend this past weekend. Friday morning brought a playdate at Chesterfield Town Center with our good friends Amy/Jackson and Katie/John. It is amazing how much the kids have grown!﻿﻿﻿ 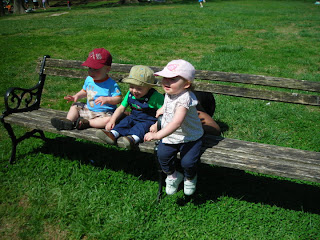 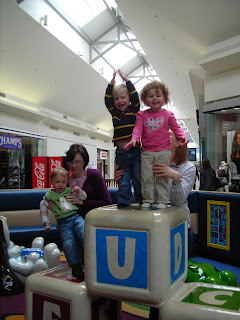 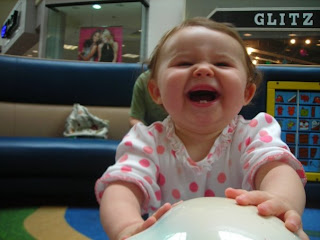 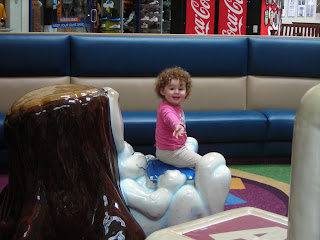 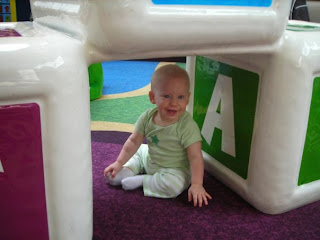 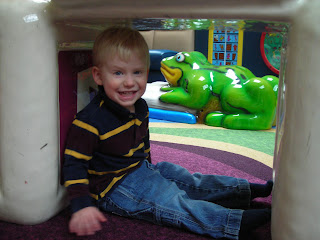 We are superbly blessed!
Of course, all that fun led into an incredible weekend in Lynchburg visiting Jeff’s grandmother, aunt & uncle. 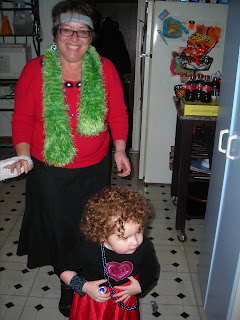 Aunt Margaret is a GREAT sport!
Of course, it can’t all be singing and roses, right? Ella woke up in the middle of the night Friday night with a fever. Luckily, Margaret and I were watching the 6 hours of Pride & Predjudice (with Colin Firth) so we just medicated her and let her sit up with us for a bit. Fever stayed up most of the day Saturday, but that didn’t stop Ella from playing or getting lots of love. 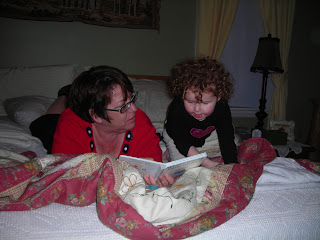 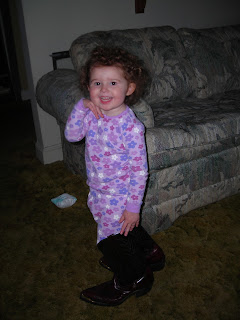 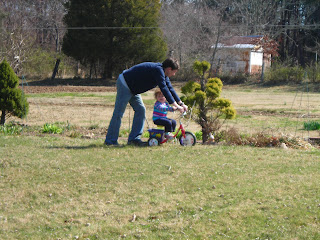 “Riding” the tricycle. Maybe next time she’ll be able to do it herself! 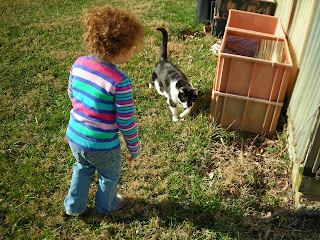 Playing with a cat named “Little Dog” named after a cat named “Dog”
Really, it was hard to know she was even sick! Ella also got to pet a baby duck (and a grown up duck). 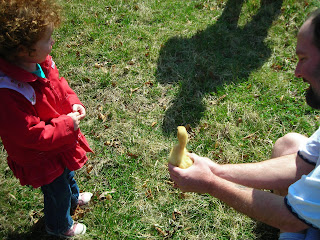 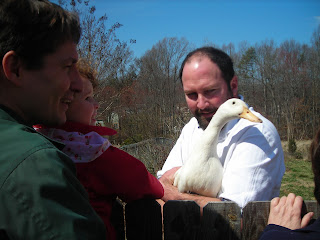 It was a busy weekend!! And – here’s a rare treat – we got a family picture: 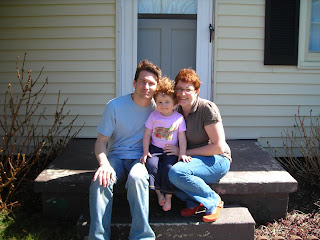 It isn’t a great one (Jeff’s eyes are closed), but we’re all looking in the direction of the camera.
We’ll just imagine that he is praying his thankfulness to God for us. (hee hee hee).
Today has been a bit dramatic…which is all I could expect following a great weekend, right?
We had to skip Bible study today because while Ella’s fever dropped yesterday morning, it wasn’t quite 24 hours and I didn’t want to risk infecting anyone else. Then at breakfast, Ella informed me that she’d put a puff up her nose. So a trip to the pediatrician got substituted into our morning.
No puffs in her nose, but she has congestion in her lungs and a red throat so she got tested for strep & flu – both negative (thankfully). She has the same sinus issues I do, but she’s too young for any of the good treatments so we headed to Target with our prescription for an antihistimine. That took another hour so it was 3:00 before I got her close to her crib to nap.
It took her forever to wind down and doze off, but I think we actually accomplished that, too.
And now I’m just trying to relax a bit before making dinner (super easy thanks to Aunt Margaret sending homemade meatballs & sauce home with us!).  Anyway…
Happy Pi Day to all! 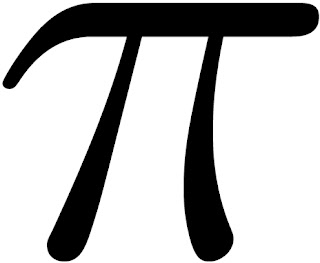